In Case You Missed It… Check out this April 27 article in Bloomberg Law by Meghan Tribe Virus Crisis Could Be Test of Law Firms’ Diversity Efforts. The article advises that law firms continue their focus on diversity and inclusion efforts to avoid the “massive lawyer layoffs and de-equitization of firm attorneys during the Great Recession, which saw an estimated 10,000 lawyers lose their jobs, overall representation of women and minority lawyers in law firms declined between 2009 and 2010.”

The article reinforces that firms need to commit to the retention of diverse attorneys through mentorships, sponsorships, training and other support mechanisms during and after the crisis, and includes a quote from Alliance President & CEO, Manar Morales.

“As law firms make personnel decisions ranging from layoffs to pay cuts, there’s “all eyes on them right now given what happened in 2008.” 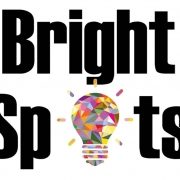 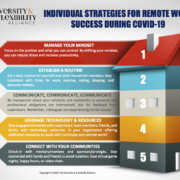 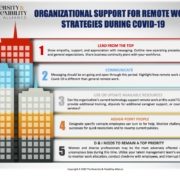 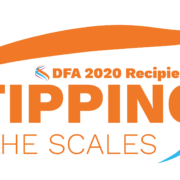 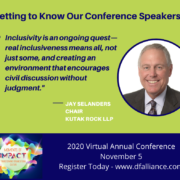 Getting to Know Our Conference Speakers – Jay Selanders 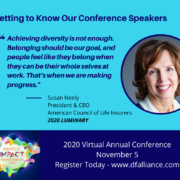 Getting to Know Our Conference Speakers – Susan Neely

Get action steps and insights in your inbox.
Scroll to top