Attorneys Promoted to Partnership in the U.S. by Gender – 2018

Roughly 39% of attorneys promoted to partnership in 2018 in the U.S. offices of many of the nation’s largest and top-grossing law firms were women, while 61.1% were men. 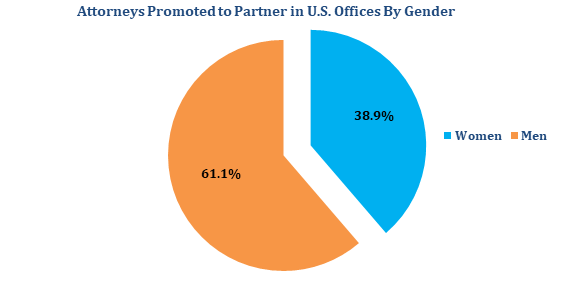 Among the 134 firms for which data was collected, 42 firms (31.3%) reported a 50/50 split or greater in favor of women. This is a decrease from the 2017 figure of 33.1% but still represents a significant increase over previous years. Six firms (4.5%) reported having no women promoted to partnership. This figure represents a significant decrease from 2017 (10 firms or 7.5%) and is the smallest number of firms historically included in this report with no women in their new partner classes. None of these six were among the firms with no women in the 2017 New Partner Report, and women made up half or more of the 2017 new partner classes for four of the six firms.

The Bigger Picture of Women in Law Firms

Share of Women Among New Partners: A Six-Year Look 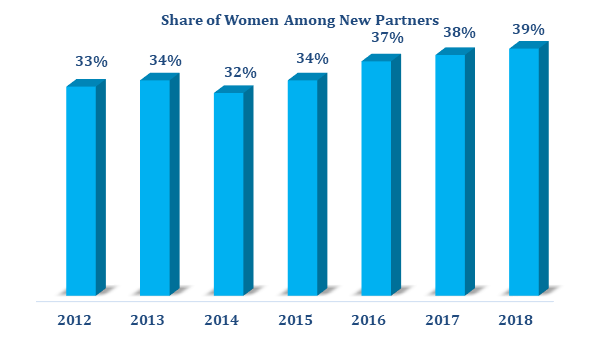 We strive to keep this report accurate, but should you find any inaccuracies or have questions, please contact Sejal Shah.

Alliance Members may access the full report in the Member Resource Center.